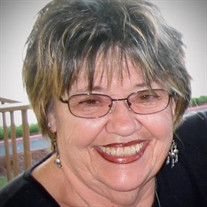 Avis Marlene Kaikala, 83, loving mother and grandmother, and a longtime resident of Oahu, died in peace on Christmas Day, December 25, at her home in Waikiki. Avis was born on July 20, 1937 to Dorence and Esther (Nelson) Olson in Minot, North Dakota. She was raised and educated in Velva, North Dakota. She lived on the family farm in North Prairie Township. During her high school years, she lived with her grandparents in Velva. Avis was known for her dedication to work, family, faith, and for her fun-loving sense of humor. She worked as a waitress, bank teller and bookkeeper. In 1980, she changed her life by moving from Newport, Oregon to Honolulu, Hawaii, where she spent more than 25 years working in various positions in the financial services group at Honolulu-based Outrigger Enterprises. She loved her accounting and financial work at the successful family-owned hotel and hospitality company. She retired from Outrigger Enterprises in 2008. Avis was passionate about caring for others who were less fortunate than herself. She was an active volunteer with church and charitable groups in Waikiki, and during her retirement years she worked part-time at Thomas Jefferson Elementary School where she helped with bookkeeping and lunch money collections. She was known for her habit of quietly paying for students’ lunches when they were unable to pay themselves. She also enjoyed her dog Kanani and more recently, her cat Koala. She is survived by her son Jeff Brown and wife Sara (Householder), her daughter Vicki (Brown) Phillips and husband Chris. She also is survived by her adopted son Henry Barekiau and his wife Makin, both of whom she helped come to Hawaii from the Pacific island of Kiribati in 2006. Surviving grandchildren include Caleb Brown, Levi Brown, Jennifer (Phillips) French, Nicholas Phillips, and Christopher, Mary, Benedict and Avis Barekiau, and several nieces and nephews. Her surviving great-grandchildren are 2-year-old Betsy Brown and 8-month-old Sydney French. Avis was preceded in death by her husband Phil Kaikala, a native Hawaiian and longtime employee at Oahu’s Hickam Air Force Base, her sister Sharon Peiler of Wilton, North Dakota, and her parents. Private services will be planned at a later date. “Somewhere over the rainbow Bluebirds fly And the dream that you dare to Oh why, oh why can't I?”

Avis Marlene Kaikala, 83, loving mother and grandmother, and a longtime resident of Oahu, died in peace on Christmas Day, December 25, at her home in Waikiki. Avis was born on July 20, 1937 to Dorence and Esther (Nelson) Olson in Minot, North... View Obituary & Service Information

The family of Avis Marlene Kaikala created this Life Tributes page to make it easy to share your memories.

Send flowers to the Kaikala family.