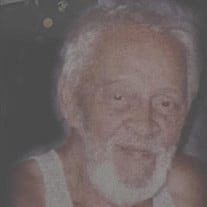 Daniel “Danny” Baldomero born Daniel Kama, 80, of Ewa, passed away on October 25, 2021. Danny was born on May 26, 1941 in Honolulu, Hawaii. He is survived by his life long partner, Brigitte Viloria; sons Clarence, Skeeter (Linda), Scotty, and Slade (Bettylou); daughters Tanya, Capucine, and Coral; brothers: Tony (Lehua) Baldomero, Dick (Sharla) Matsumoto; sister: Frances- Marie Jacobson, 13 grandchildren and 11 great grandchildren. He is preceded in death by his mother Miriam Arquette-Baldomero, father Steven Baldomero and brother Allison “Ally” Baldomero. Danny attended Maryknoll High School and later enlisted in the United States Marine Corps where he served as a Rifleman stationed at Camp Pendleton in California. After serving one term, he returned home to Hawaii and held professions with the United States Post Office and Pearl Harbor Naval Shipyard and later retired as a Taxi driver. Danny loved the ocean and spent a lot of time fishing at the beach. He loved getting together with his brothers, uncles and cousins to play cards. You could often find him continuing to exercise his mind by playing Solitaire and completing word puzzles. He also loved to read and would take trips to the libraries to pick up free magazines and books. He loved driving around and listening to Hawaiian music. He’d sing along and make up words while pointing out different locations and reminiscing of his past. He was a simple man and had an easy going, carefree personality. Of all the things that Danny was, he was the best at being a grandpa and is greatly missed. Services will be held at Oahu Mortuary, 2162 Nuuanu Ave, Honolulu HI 96817 on Saturday, January 15, 2021 from 12:00 pm to 4:00 pm with services beginning at 2:00 pm. Inurnment Burial with Military Honors will be held at the Hawaii State Veterans Cemetery in Kaneohe at a later date.

The family of Daniel Baldomero created this Life Tributes page to make it easy to share your memories.

Send flowers to the Baldomero family.