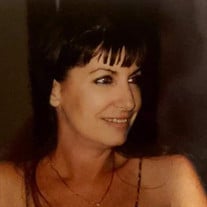 Debra Ann Williams, born October 10, 1951 in Los Angeles, California, left this life on March 6, 2021 from the Palolo home she shared with her sons, Pershing-Keith and Haig, to dance forever with her beloved Keith Haig Makakaualii Williams in that land from which there is no return. Raised in Hacienda Heights, California, she was the only daughter of Naomi Sunny Felts Garmon and Donald Gene Garman. She had four brothers, Jack, Don, Randy and Tim. After graduating from Los Gatos High School in 1969, she began a journey that would eventually bring her to Hawai`i Debra, with her striking blue eyes and blonde hair, caught the eye of a photographer who hired her for an ad promoting canoe rides in Waikiki in the early 70’s. It wasn’t long before a handsome Hawaiian surfer caught her eye. It was a mutual attraction. On their first date he took her to Rainbow Drive Inn. Health conscious met local, and soon the two were inseparable. They married on February 6, 1977 beside a waterfall in Nu`uanu. Their son PK was born later that year. By then Keith and Debra lived on Kauai, first in Waialua, and finally in Kapahi at Alii Farm where Keith built their little home. Athletic, fit and strong, Debra was a gymnastics instructor on Kauai for several years working mostly with children. She worked on the farm, raising flowers, fruits and vegetables. After hurricane Iwa devastated Kauai in 1982, Debra and PK walked to the stream behind their house to do dishes and wash their clothes. Debra made it a game for PK. Sadly, Keith was killed in 1983. By then, Debra was hapai with their second child. She decided to move to Oahu to be closer to Keith’s family. Haig was born August 4, 1983. Debra settled in Kaneohe, where she remained until after Haig graduated high school in 2001. She worked at 24 Hour Fitness as a personal fitness instructor, riding her bike from her Whitney Street apartment to the gym for work. Three years ago she retired and moved to Mexico where she lived until COVID forced her to come home. She was physically active, and fiercely independent. In July 2020 she completed her first novel, Waterfalls, Rainbows and Murder, a Pili Cummings Mystery. All her life she wanted to be an author. Her book was released on Kindle, and finally on February 27, 2021, a day after she entered hospice care, the book was released in print. Nothing could have made her happier. In addition to her sons, Debra is survived by sisters in love, Robin, Goldie and Cindy, nieces, nephews, cousins, many friends. She lives on in her sons, and now, in the novel she wrote. To Keith, she was Kapuahiwahiwa, the precious flower, a name he gave her. Today she walks in gardens filled with every imaginable blossom. e miss her. Mahalo to Bristol Hospice, Oahu Mortuary and Hawaiian Memorial Park Cemetery for their professional and caring services. Mahalo all the `ohana who embraced her. `Aloha ā hui hou.

Debra Ann Williams, born October 10, 1951 in Los Angeles, California, left this life on March 6, 2021 from the Palolo home she shared with her sons, Pershing-Keith and Haig, to dance forever with her beloved Keith Haig Makakaualii Williams in... View Obituary & Service Information

The family of Debra Ann Williams created this Life Tributes page to make it easy to share your memories.

Send flowers to the Williams family.