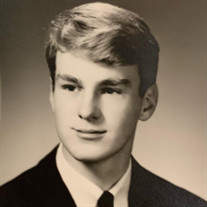 Dennis Lee Freer passed away on Sunday, October 10, 2021, in Honolulu, Hawai'i after a long and courageous battle with a chronic illness. He was 72. Dennis was born on December 19, 1948, in Myrtle Point, Oregon to Mel and Barbara (Culbertson) Freer. After graduating from Myrtle Point High in 1967, he joined the United States Marine Corp and bravely fought in the Vietnam War. His commitment and dedication to servicing and protecting his country earned him numerous awards, medals, and commendations: the Purple Heart, the Air Force and Navy Meritorious Unit Commendations, the Navy Achievement, National Defense SVC, Marine Corp Good Conduct, Humanitarian SVC, Vietnam SVC, and Republic of Vietnam Campaign medals. In 1970, he married the love of his life, Remy Perez. He continued his military duties for the remainder twenty years of his service in the United States Air Force. Dennis and Remy raised four wonderful children - Dino, Francein, Cindy, and Rodney - in three countries: the United States, Philippines, and Germany. After his commitment to the military was fulfilled, he worked as an airplane technician for Boeing and McDonnell Douglas before settling in Eugene, Oregon. He was a very resourceful and talented man. His charm and sense of humor made him a natural and successful car salesman. He was an enthusiastic and loyal University of Oregon sport fanatic; he was glued to his recliner when his team was playing. He loved riding his Harley and feeling the wind in his hair. He was also gifted with a green thumb; everything he touched grew and flourished, and his lawn and garden were always immaculate. He was a loving and devoted husband, father, and grandfather, as well as a fun and supportive uncle and friend. He was respected and loved by everyone who knew him. He will be deeply missed. He is survived by his brother Keith, wife of fifty-one years, Remy, his children, Dino, Francein, Cindy and Rodney, and his grandchildren, Cameron, Olivia, Peyton, Reade, Avrey and Rorey. He was preceded in death by father, mother and sister Sharon. A special USMC 21 Gun Salute memorial for Dennis is planned for Thursday, October 28th, 2021 at 2:00PM. National Memorial Cemetery of the Pacific, 2177 Puowaina Dr, Honolulu, HI 96813

Dennis Lee Freer passed away on Sunday, October 10, 2021, in Honolulu, Hawai'i after a long and courageous battle with a chronic illness. He was 72. Dennis was born on December 19, 1948, in Myrtle Point, Oregon to Mel and Barbara (Culbertson)... View Obituary & Service Information

The family of Dennis Lee Freer created this Life Tributes page to make it easy to share your memories.

Send flowers to the Freer family.