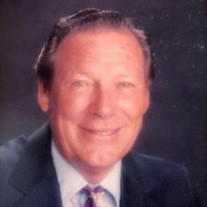 Henry Edward Hergenrader, 87 of Wahiawa, Hawai’i, died on October 5th, 2020 at his residence of CHF and AFIB. Henry enjoyed 37 years as a Carpenter and Working Superintendent for Denver Construction companies including, O’Flaherty, Saunders, Hammond and Rob Roy. He was a genius at commercial and detailed construction, especially Christ the King Church, Denver; Empire Savings renovation; and many schools, county and state buildings in Colorado. Henry moved to Hawai’i in 1985 and worked for Castle and Cook, Dole Construction; Mortenson; and Pankow. He was celebrated for conservation of materials in renovations at Kaiser Permanente facilities throughout Hawai’i, Queen’s Hospital MRI and upgrades; as well as short turn around build in a unique residence on Hawai’i Loa Ridge. “Ed” worked on every island of Hawai’i, except Ni’ihau! Survivors include sisters, Elida Boeck, Sacramento; Betty Gerler and Elanore Quick of La Junta; as well as, his first wife, Catherine Louise Bailey of Cedaredge, and their children: Brenda Loveall and Lenora Aker, Cedaredge; John Hergenrader, Carson City; Marybeth Blessinger, Wheatridge and Esther Ruiz, Thornton. He will be cherished in memory by his many grandchildren and great-grandchildren. He was preceded in death by a daughter Mary. Henry is currently survived by his wife, Kalaukieleula Betty Ann Hergenrader, Wahiawa and step-children, Kiilehua Brown, Wahiawa; Keliionanaikekumu Edwards, Las Vegas and caregivers Kana and Mila Brown, Wahiawa. Please No gifts. Donations may be given to your charity of choice or Island Hospice, Honolulu, Hawai’i. Aloha and Mahalo

Henry Edward Hergenrader, 87 of Wahiawa, Hawai&#8217;i, died on October 5th, 2020 at his residence of CHF and AFIB. Henry enjoyed 37 years as a Carpenter and Working Superintendent for Denver Construction companies including, O&#8217;Flaherty,... View Obituary & Service Information

The family of Henry Edward Hergenrader created this Life Tributes page to make it easy to share your memories.

Send flowers to the Hergenrader family.