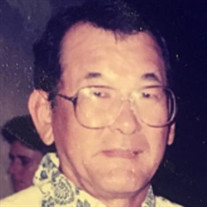 Dr. Hiromu Lionel Furukawa, age 85, of Kailua, Hawaii, passed away on February 23, 2019, in hospice. Lionel is survived by his wife, Alice Furukawa of Kailua; brother Philip (Kazuko), of Los Angeles, CA; daughter Ann (Bruce Neuroth), of Ft. Collins, CO. son Ken (Naomi Hara), of The Woodlands, TX; son Captain R. Jon (Lynn Hamilton), USN(Ret) of Frisco, TX; son Mike (Meghan Foley) of Kaneohe; grandchildren Brian and Kyle of Ft. Collins, CO; Kana and Corey of Vienna, VA; Kahala and Emma of Kaneohe; step-grandchildren Brooks and Mark Hamilton of Frisco, TX; and Christian Swan of Kaneohe; great-grandson Noah Vinson of Ft. Collins, CO; and 13 nieces and nephews. He was preceded in death by parents Goonki and Hisao (Kage) Furukawa, of Wailuku, Maui; and brother Colonel Joseph (Jean) Furukawa, USAF(Ret), of Gardena, California. Hiromu was born in 1933 in Wailuku, Maui. He played varsity baseball for four years and graduated from Baldwin High School in 1951. He completed undergraduate and Dental School at the University of Illinois in six years. After graduation in 1957, he was commissioned in the U.S. Air Force and served for two years as an Oral Surgeon/General Dental Officer with the 6034th USAF Dispensary Medical Unit stationed at Yokota Air Base, Japan. In 1959 he returned to Hawaii and opened an office on the second floor of the Old Kailua Post Office Building where he practiced for nearly 50 years. He was highly regarded in the Kailua community for his competence and his old-fashioned attitude of never turning away a patient who could not pay. He treated his employees Pam Newbold, Gay Takahashi, and Gayle Crosier as part of the family. He retired in 2008 after suffering a stroke. Lionel was a loving family man and father. He married Northwestern University School of Nursing graduate Alice Sakamoto of Hilo, HI on April 4, 1957 in Chicago. He enjoyed taking his children to Hawaii Islander baseball and UH football games at the old Honolulu Stadium and UH basketball games at the HIC. He loved playing golf and was member of the Mid-Pacific Country Club’s Thursday Club for 41 years. His family, patients, and friends will always remember him for his common sense, generosity, and wit. Dr. Furukawa will have a private memorial service. The interment of his ashes in the columbarium at the National Memorial Cemetery of the Pacific will be at 11:30am on Friday April 10, 2020.

The family of Dr. Hiromu Lionel Furukawa created this Life Tributes page to make it easy to share your memories.

Send flowers to the Furukawa family.