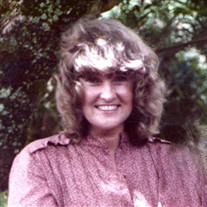 Jackie Dudock, Hawai‘i early childhood education leader passed away November 19, 2019 in Honolulu, Hawai‘i. Jackie came to Hawai‘i in 1966 and for more than 40 years was a vital part of the Hawai‘i early childhood community. Her work ran the gamut of roles including family home care provider, teacher and center director, teacher-trainer, and planning and policy coordinator. Jackie is best known as having been a founder and first elected President of both PATCH and the Montessori Association of Hawai‘i. She was President of the Hawai‘i Association for the Education of Young Children (HAEYC) from 1987-89, and served as the O‘ahu County Coordinator for early childhood education (ECE) at the Good Beginnings Alliance. She wrote and co-directed Good Beginnings for Your Keiki, a weekly parenting news segment, on KITV. Nationally, Jackie was a validator for the National Association for the Education of Young Children Validation Commission, and on the National Childcare Action Campaign Advisory. Jackie was recognized by HAEYC in 1998 for her contributions to ECE in Hawai‘i and by NAEYC and the HiScope Research Project as one of eight leaders of ECE Programs in the nation to creatively meet the economic and quality issues of the field. Jackie held a Montessori Teaching Certificate, undergraduate degrees in Education and Psychology, and a Master’s degree in Human Development. Jackie is also noted for her work in helping to establish Montessori education in Hawai‘i. Her life’s story is, in many ways, the story of Montessori education in Hawai‘i. Among her most notable professional contributions Jackie was: • State Early Childhood Coordinator, with oversight for the first federal Child Care Development Block Grant; Project Open Doors; and a coordinating body for Early Childhood System Planning, in the former Governor’s Office of Children and Youth. • O‘ahu County Coordinator for ECE at the former Good Beginnings Alliance. • Chair of the Mayor’s ECE Council • Chair of the O‘ahu Early Advisory for Education. • Founder and first elected President of both PATCH and the Montessori Association of Hawai‘i. • HAEYC State Board Treasurer and President (1987-89) • Board member for Holy Nativity, Kawaiaha‘o, and Rainbow Schools. • Writer, producer, and co-director of The Learning Years Video and Training Project, used by Kapi‘olani Hospital Neo Natal Unit, Good Beginnings Alliance, Keiki O Ka ‘Āina, and Queen Emma Children's Center. • Author and co-director of Good Beginnings for Your Keiki, a weekly parenting news segment (at KITV with Jill Kuramoto). • Validator for the NAEYC Academy of Early Childhood Programs Accreditation Project, • Commissioner for the NAEYC academy. • Commissioner National Childcare Action Campaign Advisory. Jackie was predeceased by her husband Mike. She is survived by her daughter Heather (Honolulu) and son Mark (Hilo) and is profoundly missed. Hold kindness in your heart and share it with others whenever possible.

The family of Jacqueline Louise Dudock created this Life Tributes page to make it easy to share your memories.

Send flowers to the Dudock family.