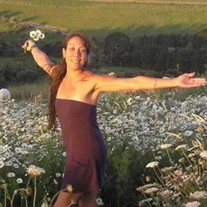 Jennifer Braman Lyons of Honolulu passed away unexpectedly on June 12th. She was born in Montgomery, Alabama in 1964. Jennifer and her family moved to Hawaii when she was a teenager. She graduated from Punahou School in 1982, and went on to complete her undergraduate studies at Cornell University. In her early adult years she lived in Cleveland, Ohio where she was a successful entrepreneur and a leader in urban development. She also earned an MBA and Law degree from Cleveland State University. The dear friends she made during her time at Cornell and Cleveland have remained very close to her. She returned to Hawaii in 2002 where she lived for the rest of her adult life. She practiced law and was extremely passionate in recent years advocating for individuals with disabilities. She interwove her lifelong interests for travel, the outdoors and competitive sports through all stages of her life. In particular, she derived great pleasure from paddling for the Outrigger Canoe Club for many years, as well as from coaching youth paddlers. Her greatest source of pride and joy were her two sons, Jack and Ford Lyons. Their bright minds and curiosity, athleticism, competitiveness, compassion for animals and sense of style reflect the love and care that she poured into them. Her tireless energy to help others, support and love her family and friends, and the spark she added to any conversation or gathering will be greatly missed. Jennifer is survived by her sons Jack and Ford, her former husband Roger Lyons, parents Marv and Kay Braman, sister Christina Traub, brother in law Tom and nephews Ethan and Jason. A celebration of life will be held on Saturday June 19th at St. Clement’s Church. A drive through visitation will be held from 3:30-4:15 p.m. followed by a private service (due to Covid restrictions) at 4:30 pm. In lieu of flowers to honor her commitment to her sons and higher education, a college fund has been established for Jack and Ford. Contributions can be made through ugift529.com Code : L7J-P9C and X53-H44. Condolences for the family can be sent to her sister Christina Traub at 9601 Belmont Lane, Marvin NC 28173 or to [email protected]

Jennifer Braman Lyons of Honolulu passed away unexpectedly on June 12th. She was born in Montgomery, Alabama in 1964. Jennifer and her family moved to Hawaii when she was a teenager. She graduated from Punahou School in 1982, and went on to... View Obituary & Service Information

The family of Jennifer Braman Lyons created this Life Tributes page to make it easy to share your memories.

Jennifer Braman Lyons of Honolulu passed away unexpectedly on...

Send flowers to the Lyons family.