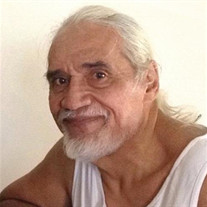 Michael Henry Doane Michael’s family were so blessed to have had Michael as an unforgettable father, companion, brother, grandfather, uncle, cousin, and friend. Michael was born on November 18, 1955. He graduated from Aiea High School with the class of 1974, where he was a member of the Aiea Swingin Singers, and played offensive tackle for the high school football team. Michael passed away peacefully at his home in Honolulu on September 29, 2019 at the age of 63. Michael was survived by his long time sweetheart and “old lady” Carol Macadangdang; his son Dino Macadangdang (Maka); his daughters Jocelyn Leialoha Doane and Leimomilani Doane (Stephen Jones); his mother Gladys Leialoha (Rego) Doane; his sisters Keanui Doane, Maizie Doane, and Buckles Crabbe (Benjamin); his brothers Daniel Doane and Waldemar Lincoln Doane Jr (Mistyann); his grandchildren Neria Macadangdang,Tasha Macadangdang, Dino Macadangdang jr, and his great granddaughter Kailie; as well as his extensive ʻohana including his Doane and Rego aunties, uncles, cousins, nieces and nephews. He was known for his love and loyalty to his ʻohana, his passion and joy for chicken fighting, tinkering with cars, eating sweets, fishing, and spending time with family. He enjoyed listening to Kalapana, C&K, and Hall and Oates, and playing his beloved guitar. Please join us to celebrate Michael’s life on Saturday, November 23rd at Oʻahu Cemetery Chapel at 2162 Nuuanu Avenue. Visitation will be held 2-3 PM, Services: 3PM, with food to follow. The Doane ‘ohana would like to thank Honolulu’s first responders and the staff at Straub Medical Center.

Michael Henry Doane Michael&#8217;s family were so blessed to have had Michael as an unforgettable father, companion, brother, grandfather, uncle, cousin, and friend. Michael was born on November 18, 1955. He graduated from Aiea High School... View Obituary & Service Information

The family of Michael Henry Doane created this Life Tributes page to make it easy to share your memories.

Michael Henry Doane
Michael’s family were so blessed to have...

Send flowers to the Doane family.