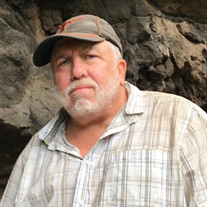 Patrick J. Wilcox, 68, a Honolulu native and former U.S. Marine, died on an East Honolulu mountain earlier this year after making his home outdoors in the Koolau Mountains for 35 years. He found peace in nature. The Honolulu Fire Department airlifted his body from his campsite. Many residents of suburban Niu Valley knew him as Pat, the boy who grew up on Niuʻs Haleola Street. From a young age, he explored a series of valleys on the east side. Wilcox graduated from Kalani High School. When he returned from service as a U.S. Marine, he moved to the mountains of his childhood and would spend the rest of his life there, working for years as a dishwasher to support his simple life. His body was discovered March 20 at his campsite by a childhood friend who was out hiking. Following an investigation that could not determine cause of death, the Honolulu Medical Examinerʻs Office released Wilcoxʻs remains to his family in mid-October. Leslie Wilcox, Patrickʻs sister and retired President and CEO of PBS Hawaii, said her family believes he died of natural causes. There were heart concerns over the years, but he refused to see a doctor. Pat was found sitting in his favorite place, a large chair-like rock under a volcanic overhang. Describing her brother as a thoughtful man, avid reader and troubled soul, Leslie said, “Ever since small-kid days, he felt most at home in mountain forests. While other neighborhood kids were going surfing, he was heading for the hills.” “Itʻs hard for many of us to understand, but my brother did not feel homeless. He thought of houses as ʻmind-numbing boxes.ʻ I donʻt think he ever put up a tent or built a shelter. He weathered hurricanes and floods and nasty centipedes in the mountains, and felt profoundly fortunate to live the way he wanted,” his sister said. “I donʻt want to romanticize his vulnerable life, but he enjoyed close connections with nature, including the company of a pueo or Hawaiian owl that often followed him in the forests. In more recent times, a shama thrush stayed close to him, singing its beautiful songs. She said her family is grateful to the people of Niu Valley for “the modern-day miracle of live-and-let-live aloha for this quietly different man from the valley.” “When new residents would ask who ʻthe bumʻ was, walking to the bus stop on his way to buy food or visit a library, oldtimers would say, ʻEh, heʻs a valley boy. He doesnʻt make trouble. Let him be.ʻ ” Patrick was preceded in death by his loving mother, Blanche Perry Wilcox; father, Paul L. Wilcox; and brother, Stephen Haeberle. Besides Leslie, he is survived by siblings Timothy and Shannon; Aunt Edna; nieces, nephews and cousins.

Patrick J. Wilcox, 68, a Honolulu native and former U.S. Marine, died on an East Honolulu mountain earlier this year after making his home outdoors in the Koolau Mountains for 35 years. He found peace in nature. The Honolulu Fire Department... View Obituary & Service Information

The family of Patrick John Wilcox created this Life Tributes page to make it easy to share your memories.