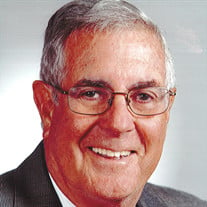 Richard Charles Palma (Dick) passed away November 20th at the age of 82. Born June 4th 1936 at Kapiolani Hospital to Dr. Joseph Palma, first Pediatrician in the state of Hawaii, and Juliette Paty Weight Palma. Along with his older sister, Joan, the family grew up in Nuuanu Valley, not far from Oahu Country Club where he was a member for over 60 years. Richard attended Punahou school from kindergarten to his senior year, graduating in 1954. He attended the University of Michigan for both his undergraduate degree and MBA, graduating in 1959. He started his banking career in San Francisco at Crocker Bank. In 1964 he married Audrey Hutchins Palma, and two years later Richard Charles Palma Jr. was born, followed by Audrienne Elizabeth Palma Lair in 1973. He returned to Nuuanu Valley in 1970 to begin a successful 25 year career with the Bank of Hawaii, during which time he also greatly enjoyed gardening at home, golf at Oahu Country Club, and weekends at Kailua beach with his children. In 1995 Dick took early retirement from the bank and accepted the position of Treasurer for Marc Resorts. After Marc resorts was sold in 1999, he spent his free time perfecting his golf game and travelling around the world with his second wife, Anne Irons-Palma. They enjoyed bicycling, kayaking, golfing and the culinary delights of a multitude of foreign countries. He was a wonderful father to Anne’s four children and a loving husband. Dick gave his time and energy freely as a board member to the Hawaii Opera Theatre and the Weinberg Foundation and served as President of the Oahu Country Club. Dick is survived by his wife of 30 years, Anne Irons-Palma; his children Riccardo Palma and Audrienne Lair; his three step children JD Irons, Thomas Irons and Timothy Irons; and his grandchildren Alexis and Grace Palma, Henry, Conor, Jaime and Carmen Quinn Irons, Emerson Irons and Davan and Ethan Irons. A service for Dick Palma will be held on the 3rd of January at Central Union Church at 3pm. Reception to follow at Oahu Country Club. In lieu of flowers, donations may be sent to the Hawaii Opera Theater at 848 S Beretania #301, Honolulu HI 96822.

The family of Richard Charles Palma created this Life Tributes page to make it easy to share your memories.

Richard Charles Palma (Dick) passed away November 20th at the...

Send flowers to the Palma family.