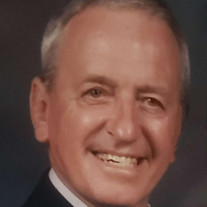 William “Doc” (Bill) Henry Berryman, HMC (DV), USN, ret. William Berryman, age 90, of Kailua, Hawaii passed peacefully at his long-time family home on Friday, June 19, 2020. He was born on November 3, 1929 to William and Dorothy (Ingle) Berryman of Champaign, Illinois. He acquired his nickname “Doc” while proudly serving in the Navy as a Chief Hospital Medical Corpsman (HMC). He was also known as “Bill” by fellow divers who participated in diving operations after his military service. Doc began his lengthy service to our country at the tender age of 19 years old in 1948 and completed 20 years of honorable service as a Diving Medical Technician. He was highly respected for his expertise in diving operations and submarine medicine. Doc was a major participant in getting one of the best and safest diving apparatuses approved for U.S. Naval fleet use. The MK VI Semi-Closed SCUBA was used for many years by U.S. Navy Explosive Ordnance Disposal (EOD) teams, Sea Air and Land (SEALS) teams, and for the experimental underwater habitats, SEALAB 1 and SEALAB 2. Doc achieved the rank of U.S. Navy Chief Petty Officer and held the rating of Hospital Corpsman Chief Petty Officer (HMC)/Diver (DV)/Diving Medical Technician. He completed his last military assignment as Chief Hospital Medical Corpsman with the U.S. Navy Explosive Ordinance (EOD) Unit 1, at Pearl Harbor Naval Base in Hawaii. Doc’s pride for serving his country could only be compared to his love and devotion to his family. His bachelor days were transformed when he married the love of his life, Merlyne (Lopes), on March 7, 1964 and instantly became a father figure to Ed, Kai, Ollie, and Lisa. When the large instant family welcomed one more child, Connie, Doc’s fast track to family life was soon followed by more distinguished work in the specialized field of diving medicine. Following his military service, Doc’s diving and medical skills were again called upon when he worked at the Makai Undersea Test Range in Makapuu, Hawaii, in the early 1970’s. He was the chief diver and team leader of a six-man crew of Aquanauts that performed testing on the effects of long-term living in a helium environment on the AEGIR Underwater Habitat. The historical research on the AEGIR is frequently referenced in studies involving helium saturation dives and other undersea projects. Doc’s distinguished diving career continued over the next 2 decades where he continued to make his mark in the specialized diving field and national defense. Although he never spoke of it, Doc was cited for his significant contribution to a classified mission with the Central Intelligence Agency. His diving career culminated as Chief of Dive Operations that supported the U.S. Army Kwajalein Atoll-Kwajalein Missile Range from 1985-1995. Doc Berryman is the recipient of the National Defense Service Medal (2 Awards), Navy Occupation Service Medal with “Europe Clasp”, Good Conduct Medal with 4 Bronze Stars, the Navy Marine Corps Medal for Heroism, and the U.S. Central Intelligence Agency (CIA) Certificate of Distinction. Doc was a longtime member of the U.S. Navy Divers Association and the Navy Explosive Ordinance Disposal Association (NEODA). Doc Berryman is survived by his wife, Merlyne (Lopes) Berryman, daughters; Lisa (Berryman) Hayes, Constance Henderson (Russell) and son Kai DeMello (Dori). He was preceded in life by sons, Edward DeMello & Ollie DeMello. He is also survived by 14 Grandchildren and 5 Great-Grandchildren. “Fair Winds and Following Seas”, Military funeral honors for Doc will be announced at a later date.

The family of William Henry Berryman created this Life Tributes page to make it easy to share your memories.

Send flowers to the Berryman family.